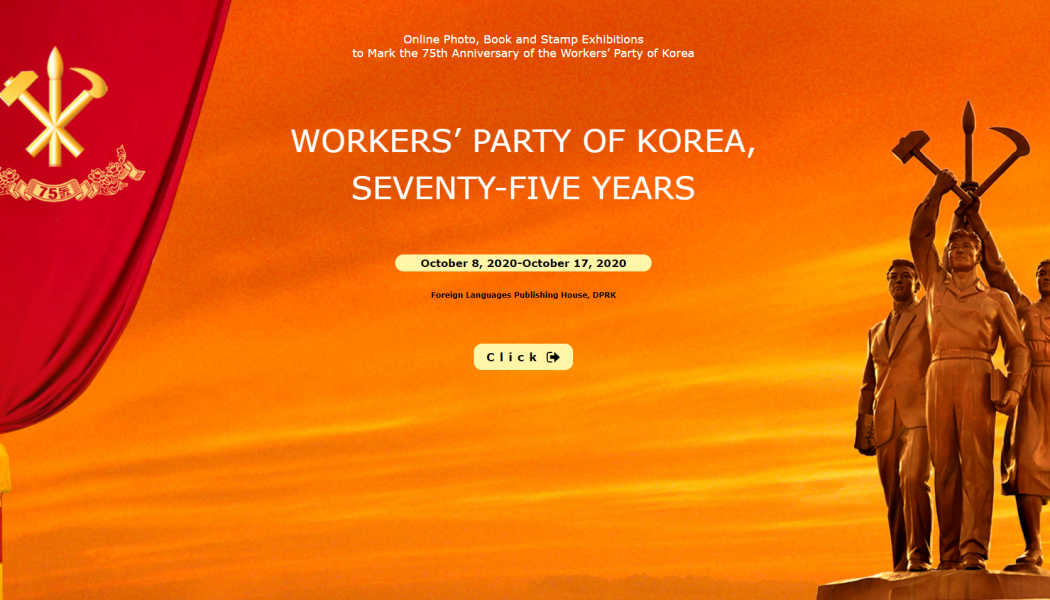 Read more about… this Article

The Workers’ Party of Korea is the general staff of Korean revolution that organizes and guides all victories of the Korean people.

Since its founding in the middle of the 1940s the WPK has adorned its 75-year-long history as the sacred one by illuminating the road to victory for the country and the people and bringing them the dignity and pride, happiness and prosperity.

Founded after the liberation of Korea from the Japanese military occupation (1905-1945), the WPK brilliantly realized the historic cause of building a state and an army, overcoming all trials and hardships, and enforced democratic reforms, providing the Korean people who had lived in poverty deprived of all rights with happy life and bright future.

Under its leadership, the Korean people and army won victory in the Fatherland Liberation War (June 1950-July 1953), creating a miracle unprecedented in world history.

And in a short span of time after the war the WPK turned the country, which others said would never rise again in a hundred years, into a socialist industrial state, independent in politics, self-supporting in the economy and self-reliant in defence.

While leading the protracted struggle to build socialism and defend it, the WPK administered Songun politics in the 1990s to cope with the worldwide political turmoil and ever-more undisguised aggressive manoeuvres of the imperialists, thereby safeguarding the destiny of the country and people and providing a springboard for building a thriving country.

Brilliant guidance of the WPK in the new century ushered in a golden age of prosperity, making the DPRK the most powerful in the 5 000-year history of the Korean nation.

In every period and at every stage of the revolution and construction it has always advanced straightforward along the road of victory, without any mistake in policy-making nor the slightest deviation, and made consistent and devoted efforts for the reunification of the country and peace and prosperity of the world.

The guiding ideology of the WPK is Kimilsungism-Kimjongilism, which is, in essence, the people-first principle.

It solves all the problems in keeping with the aspiration and demand of the people and maintains the selfless devotion to the people as its inherent trait.

It forms an integral whole with the people, and the latter are closely rallied behind it in one ideology and purpose and place absolute trust in it, calling it mother.

The Workers’ Party of Korea, which has been cemented into an impregnable fortress and developed into a dignified party, weathering the storms of history, and has performed undying exploits for the country and the revolution, will continue to write its history of shining victory.