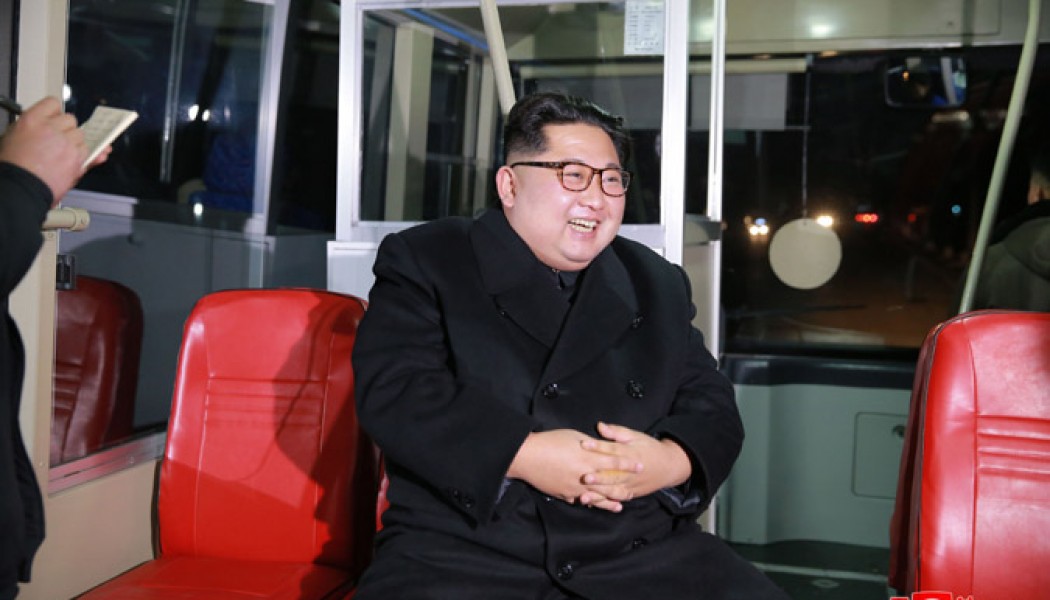 The Supreme Leader went round the city aboard a trolley bus at midnight despite his busy time, saying that he would feel easy when he personally examines the test of new-type trolley bus with which he acquainted himself during his recent visit to the remodeled Pyongyang Trolley Bus Factory.

The trolley bus is comfortable and reliable as its damper and speed are good and it has no vibration and noise, he noted, appreciating its technical conditions.

He feels easy and proud and great as it was made by our workers, he said, adding that he would be very glad and satisfied to see the products of the strength of self-reliance.

Stressing the need to not only turn out a new thing but also steadily improve it in a technical way and further perfect its production process, he said that he would offer useful technological data and that it is needed to better the technical specifications of trolley bus and mass-produce it so as to normalize the passenger service in the capital city.

He earnestly called on the sector of the passenger service in the capital to strive to satisfactorily provide traffic convenience for the citizens in the cold winter days in particular, always regarding the popular masses’ demand and appreciation as absolute standard and with the revolutionary outlook on the masses strictly based on this and the spirit of devoted service to the people.

Accompanying him were Vice-Chairman O Su Yong and Vice Department Director Jo Yong Won of the Central Committee of the Workers’ Party of Korea. -0-