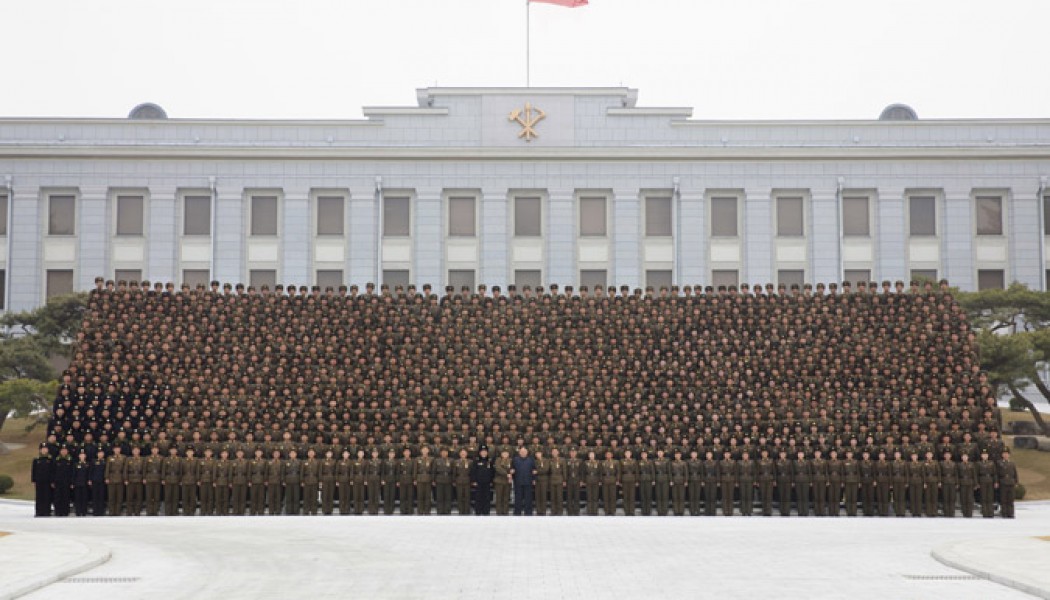 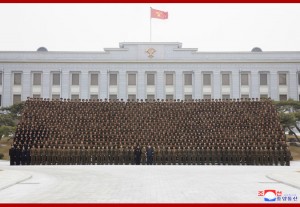 Pyongyang, March 28 (KCNA) — Kim Jong Un, chairman of the Workers’ Party of Korea, chairman of the State Affairs Commission of the Democratic People’s Republic of Korea and supreme commander of the Korean People’s Army, had a photo session with the participants in the 5th meeting of company leaders and political instructors of the KPA at the May Day Stadium on Wednesday.

He was accompanied by Ri Myong Su, Kim Su Gil, Ri Yong Gil, No Kwang Chol and other commanding officers of the KPA.

When he appeared in the stadium, all the participants enthusiastically welcomed him.

He was presented with bouquets by the commanding officers of the exemplary companies of the Army, Navy, Air and Anti-Air Force of the KPA.

He expressed the belief and expectation that the company leaders and political instructors would fulfill their mission and duty and had a photo session with them.

On the same day, he summoned exemplary company leaders and political instructors to the office building of the Party Central Committee in specialty and had a photo taken with them again. -0-