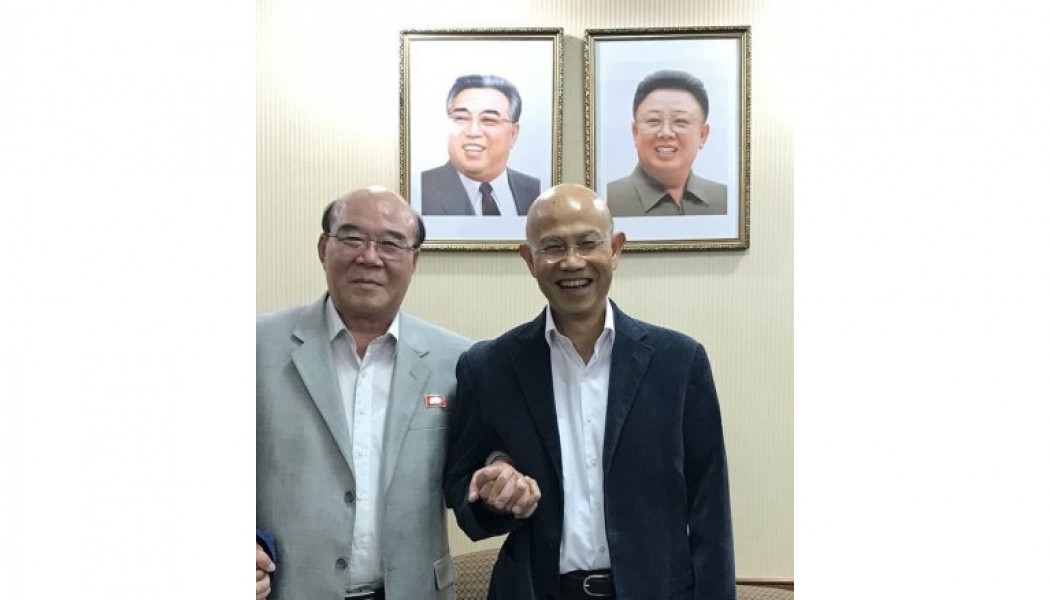 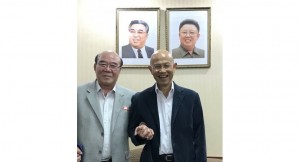 NORTH KOREAN Ambassador to Thailand Mun Song-mo says his country will “definitely win” any war with the United States if Washington does not drop its “plan to destroy us”.

Calling US President Donald Trump a “mad man”, the envoy from Pyongyang told The Nation in an exclusive interview last Friday: “We now have the hydrogen bomb. If a war breaks out, we are ready to fight and we will surely win the war against the United States.”

In the rare interview, the North Korean envoy, however, stressed: “We don’t want to start a war. We want peace. But if we are attacked, we will certainly fight and we have no doubts that we will win.”

Mun attributed his confidence to three factors: “First, we have a great leader, the great Kim Jong-un. Second, the Korean people and the military work closely together under the top leadership and third, we now have nuclear power.”

Asked about the possibility of negotiations to prevent war, Mun said: “How can we negotiate with a leader [Trump] who declared in his UN speech that he would totally destroy North Korea? That means he also wanted to kill all the 25 million North Koreans.”

Negotiations, the envoy said, could only take place when Washington agrees to drop its plan of aggression against North Korea.

The ambassador insisted that despite the UN sanctions engineered by the US, North Korea has been able to stand on its own.

He cited the “Juche” self-reliance political ideology as well as the military-first “Songun” national development policy as the two pillars that have helped his country withstand the continuing pressure from the United States.

He insisted that Pyongyang would use its nuclear power only for defensive purposes. “We don’t intend to use our nuclear capability in any aggression against other countries. We just want to defend ourselves,” he said.

The ambassador cited the recent major naval exercise near the Korean peninsula to which the US dispatched three aircraft carriers as a “direct threat against North Korea”.

He also blamed the United Nations for ignoring “illegal acts” that go against international law by the US in pushing for sanctions against North Korea.

“Isn’t it strange that the UN has said nothing about the fact that many countries including the US, China, Russia, India and Israel have also tested their missiles, but it has chosen to target North Korea over the same activity?” the North Korean envoy asked.

He added: “We would like the world to understand that we want peace. We don’t want a war that will destroy everything and kill a large number of people. But if the enemy attacks us, we have no choice but to put up a fight to defend ourselves.”

Mun, 70, was assigned to several diplomatic missions, including in Ethiopia, India and Bangladesh, before being named to head the North Korean Embassy in Thailand four years ago.