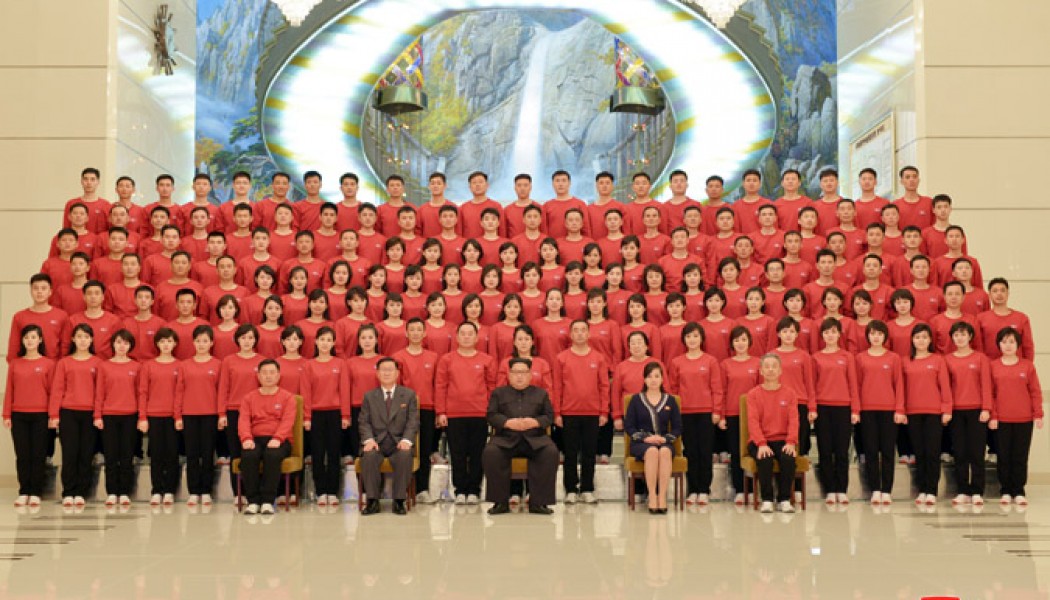 Pyongyang, February 13 (KCNA) — Kim Jong Un, chairman of the Workers’ Party of Korea, chairman of the State Affairs Commission of the DPRK and supreme commander of the Korean People’s Army, met and had a photo session with the members of the Samjiyon Orchestra which returned home after successful congratulatory art performances for the 23rd Winter Olympics in the south side’s region.

He warmly congratulated the orchestra upon its successful performances that conveyed the warm mind of the people in the north hoping for the successful Winter Olympics and the national concord and delighted the fellow countrymen in the south.

After receiving a report on the atmosphere of the venues of the performances and echoes from the members of the orchestra, he said he was pleased to hear that the fellow countrymen in the south including President Moon Jae In and his wife expressed satisfaction over the performances while warmly responding and cheering them.

He gave thanks to the members of the Samjiyon Orchestra for having successfully conducted their performance at the highest level after preparing it in a brief span of time with their high artistic ability and sincere attitude and had a photo session with them. -0-