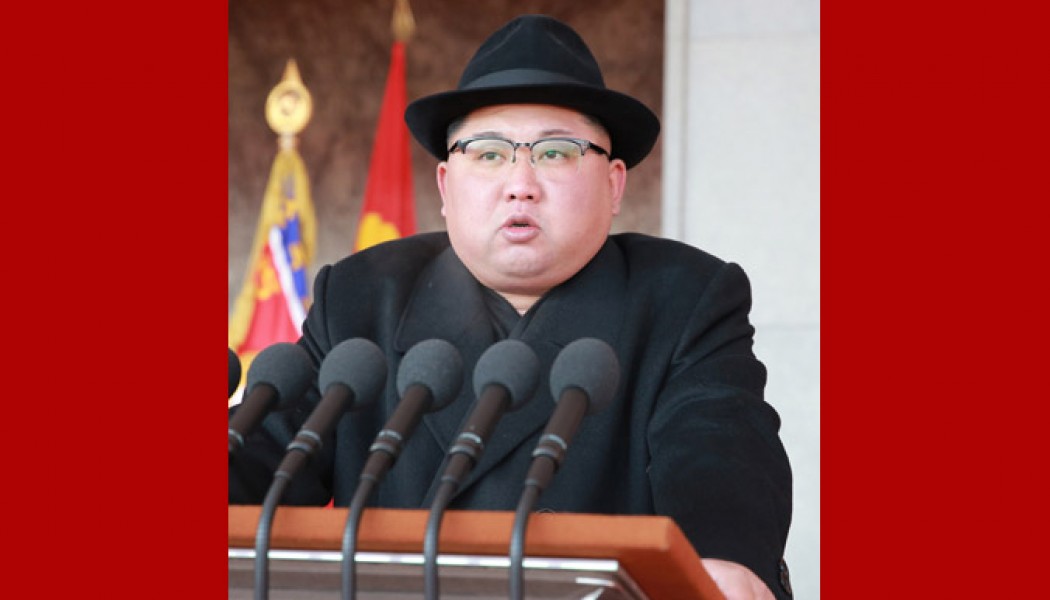 The KPA is the revolutionary army which inherited the traditions of the anti-Japanese struggle with the indomitable revolutionary spirit, rich fighting experience and superb tactics of the KPRA, he said.

Thanks to the foundation of the Juche-based regular army, the DPRK has proudly emerged the most dignified people’s country with its own strong military guarantee from the first days of its birth and it could defeat the imperialist aggression forces boasting of being “the strongest” in the world and achieve the great victory in the Fatherland Liberation War, he added.

He said it is the pride of our Party and state and great fortune of our people to have a majestic and powerful revolutionary army, the people’s army.

Stressing the need for the KPA to hold high the banner of modeling the whole army on Kimilsungism-Kimjongilism and carry through the strategic line and tasks for bolstering up the military strength set forth by the Party and thus have perfect combat efficiency as befits the revolutionary army, he said:

The People’s Army should remain intensely loyal to the leadership of the Workers’ Party of Korea (WPK).

It should be the first death-defying corps and the first lifeguards defending the Central Committee of the WPK with arms, entrusting its destiny to the WPK.

Under the present situation in which the U.S. and its vassal forces make a fuss around the Korean Peninsula, the People’s Army should keep high alert and step up combat preparations.

And thus it should restrain the aggressors from violating or making a mockery of the dignity and sovereignty of our inviolable country even 0.001 mm.

The People’s Army should establish blade-like military discipline and more thoroughly take on the appearance as befits the regular army.

It should do things, big and small, for the sake of the people and regard devoting true feelings to them with utmost sincerity as its revolutionary army spirit.

Stating that as long as there exists imperialism on the earth and the U.S. pursues hostile policy toward the DPRK, the mission of the People’s Army, a powerful treasured sword for the protection of the country and people and peace, can never be changed, he said the final victory is in store for the WPK and the people that take a grip on arms of revolution.

He stressed that the DPRK would be powerful and prosperous forever as long as there is the KPA boundlessly faithful to the leadership of the WPK. -0-