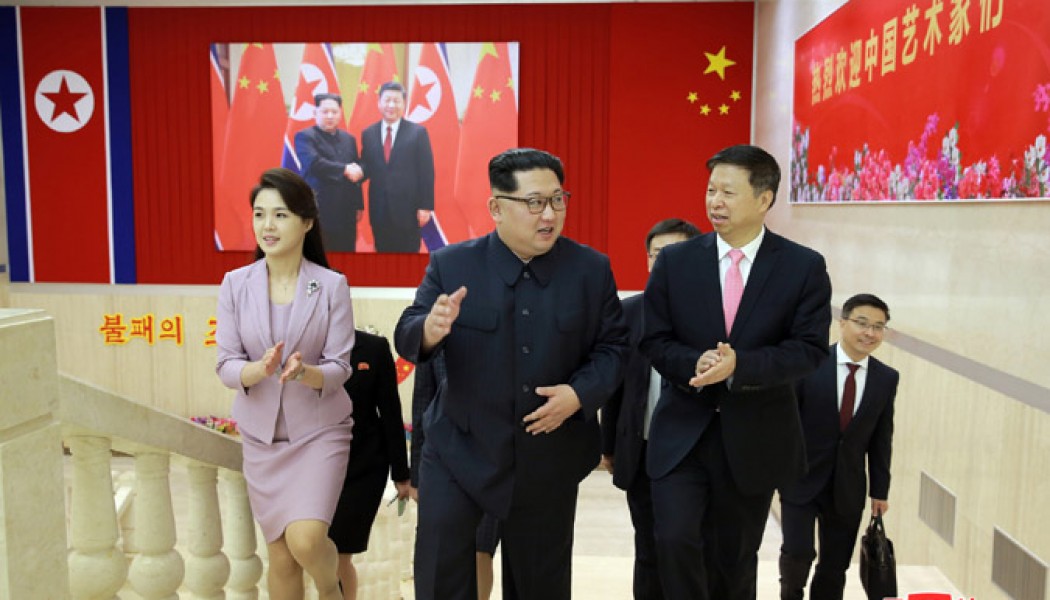 Pyongyang, April 15 (KCNA) — Kim Jong Un, chairman of the Workers’ Party of Korea and chairman of the State Affairs Commission of the Democratic People’s Republic of Korea, gave a grand banquet Saturday evening in welcome of the DPRK visit by the Chinese art troupe headed by Song Tao, head of the International Liaison Department of the Central Committee of the Communist Party of China.

Present there on invitation were Song Tao, head of the International Liaison Department of the C.C., CPC, all the members of the Chinese art troupe, Li Jinjun, Chinese ambassador to the DPRK, and officials of the Chinese embassy here.

When the respected Supreme Leader Kim Jong Un and his wife Ri Sol Ju appeared at the banquet hall together with Song Tao and other Chinese guests, all the participants enthusiastically welcomed them with loud applause.

First, a performance was given by the Korean artistes including those of the Samjiyon Orchestra in welcome of the Chinese art troupe at the banquet.

Then, toasts were made by Choe Ryong Hae and Song Tao.

The banquet proceeded in a friendly and amicable atmosphere. -0-