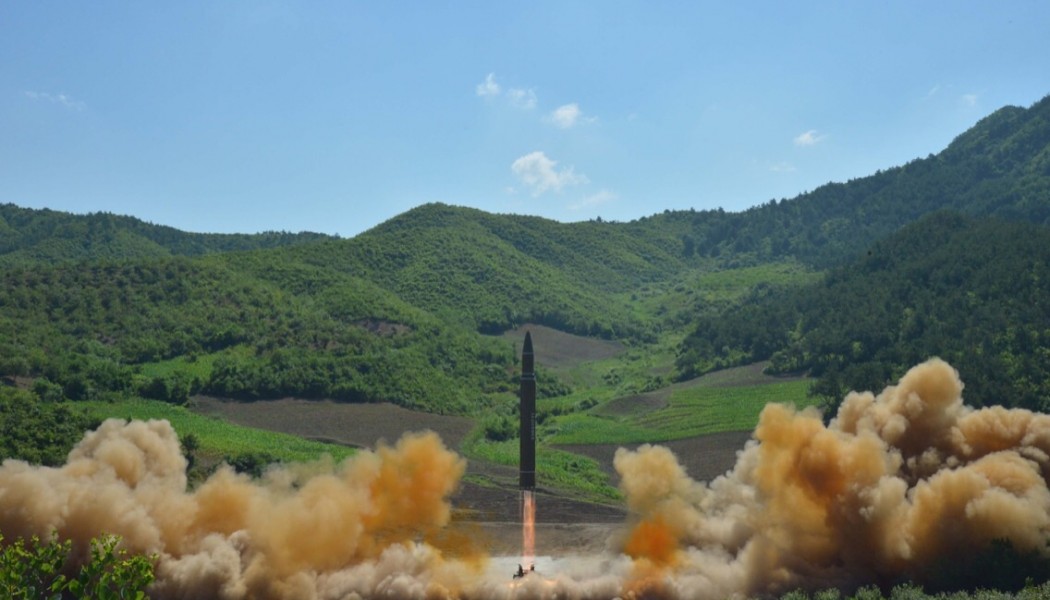 Pyongyang, July 31 (KCNA) — A spokesman for the Ministry of Foreign Affairs of the DPRK issued the following statement on Tuesday: The U.S. authorities are vying each other to commit politically-motivated provocations against the DPRK. The U.S. chief executive asserted that the DPRK’s nuclear deterrent for self-defense “threatens the world” while its military chief made oft-repeated trumpeting about “provocations.” Officials of the Department of State including its secretary groundlessly slandered the DPRK on the basis of a variety of wild rumors about its situation without their own judgments to distinguish truth from lies. They are still pulling up the DPRK over its launch of satellite for peaceful purposes in a clumsy bid to justify their hostile policy toward it. The outbursts let loose by the authorities, prompted by their inveterate rejection and hostile intents on the ideology and social system chosen by the people of the DPRK clearly proved that the U.S. remains unchanged in its hostile policy toward the DPRK. It is known to everybody that the U.S. is hostile to the DPRK. But the point is why the authorities of its administration are all out to kick up an unprecedented anti-DPRK smear campaign this time. This reflects their fear of the fact that world people are rapidly growing stronger in their admiration and expectation for the rosy future of the DPRK led by the dear respected Kim Jong Un admired by the whole world. Also lurking behind this is their black-hearted intention to calm down bitter denunciation and pressure of the international community to the effect that it is impossible to ensure durable peace and stability on the Korean Peninsula unless the U.S. drops its anachronistic hostile policy toward the DPRK. The U.S. claims that it has no hostile intent on the DPRK while malignantly slandering it. This is no more than sheer hypocrisy aimed to deceive the public, to all intents and purposes, because it is an incoherent one. This is proved by what the U.S. is now doing quite contrary to its claim. It is busy staging large-scale joint military exercises against the DPRK one after another after massively introducing ultra-modern war means into south Korea and its vicinity. While talking about “people’s living” in the DPRK, the U.S. is persisting in its harshest and protracted sanctions and blockade against it, threatening its vital rights and barring it from developing the economy and improving people’s living standard. The U.S. is talking to the DPRK that its people would live well if it dismantles its nukes. This reminds one of a wolf preaching that it would not hurt sheep if the sheep has its horns curved. It is the DPRK’s steadfast option to counter the U.S. hostile policy with bolstered nuclear deterrent. Now that the DPRK has powerful nuclear deterrent and strong munitions industry capable of steadily bolstering it, it is capable of putting spurs to the building of an economic power, undeterred by the U.S. persistent hostile policy. The DPRK does not need any advice from others as it has strategy and orientation of its own style to develop the economy and improve the standard of people’s living and ways to carry them out. It will surely build a thriving socialist nation while countering the U.S. hostile policy with its toughest policy, with everybody holding arms in one hand and a banner of industrial revolution in the new century in the other.